Save for Later
SIMILAR BOOKS Show All
Lewis, Norman

Exploring for Gemstones on the Upper Mekong 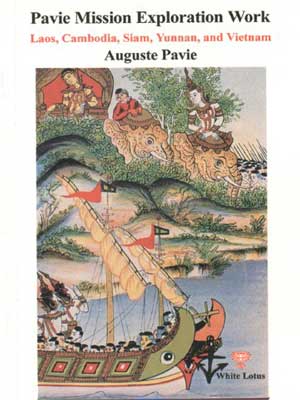 Volume 1 is written by Auguste Pavie himself and provides an overview of exploration work done in Cambodia, Siam, Laos and Tonkin. French expeditions, carried out by a score of prominent researchers under the name Mission Pavie, not only compiled a wealth of new scientific and historical information and details of natural history and drew up maps especially of disputed border areas between Laos, Siam, Cambodia, Yunnan and Vietnam they also produced political results serving the pro-colonial faction in France. This book contains short descriptions of numerous journeys made in Cambodia, the Great Tonle-Sap Lake district between Siam and Cambodia, the Mekong in Cambodia, North Siam and its border areas with Laos, East Laos and its border areas with Tonkin, present-day Vietnam, and the Laotian areas bordering the middle part of Vietnam, then Annam. Together with a series of maps and itineraries published in Volume 2 of the series, Atlas of the Pavie Mission, that guide the reader through these still relatively remote areas, period photographs create an image of the adventurous world of nineteenth century Indochina.