Save for Later
SIMILAR BOOKS Show All
Ramaer, R.

Railways of Thailand, the

To the River Kwai

Return From the River Kwai 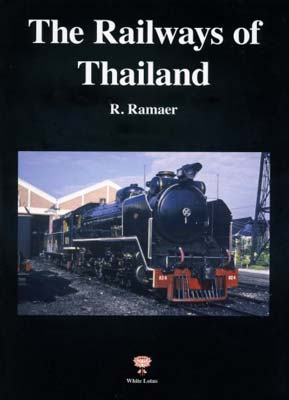 This book was originally intended to describe the development of the locomotive stock of the State Railway of Thailand, and was published as such in 1984. Questions and suggestions from readers and the present publisher made the story grow, not only in length, but also in scope. In this third edition, the book covers the development of locomotives, carriage and wagon stock, as well as the railway network itself since the beginnings of rail transportation in what was then Siam during the last decade of the 19th century. It also includes secondary, partly non-government lines as well as a short overview of industrial lines. These are not treated in detail; they form a subject in themselves and should not be limited to an appendix in a book on common-carrier railways. The text has been revised and extended and is supported by several maps, two hundred largely unpublished photographs, both in black-and-white and color, and seventy diagrams.