Sea Gypsies of Malaya, The

Save for Later
SIMILAR BOOKS Show All
U Thaung 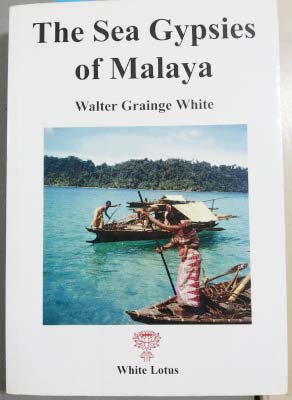 Sea Gypsies of Malaya, The

An Account of the Nomadic Moken People of the Mergui Archipelago, with a Description of Their ways of Living, customs, Habits, Boats, Occupations
This book is considered a classic amongst the sparse Moken ethnographic literature. The author was a man with an inquiring mind, full of curiosity, who wished to go beyond the limits of his missionary tasks and to relate the story of his personal and research experiences among the sea nomads. The book reveals the life of the Moken at the beginning of the century in a very vivid manner. Published in 1922 it sums up the author’s fieldwork observations dating from 1911. He writes about the administrative and political structure of Tenasserim (he was responsible for the population census of the Moken), which was the first part of Burma to be surrendered to the British after the Anglo-Burmese war of 1824-1826. His book enables us, on the one hand, to become aware of the nature, fauna and flora of this region, and on the other, on human intrigues involving the English, Indians, Karen, Mons, Malays, Burmese and, of course, the Moken. The reader becomes aware of contemporary western arrogance and the developing phenomenon of colonial administration and the ways in which it exploited indigenous wealth. The missionaries, administration, cartographers, geographers and the military were able, long before the ethnologists, to engage in all kinds of work which attracts the interest of present investigators: reports, mapping, census, dictionaries—the precious instruments for observers of small, non-literate societies.