Save for Later
SIMILAR BOOKS Show All
Anu Nernhad 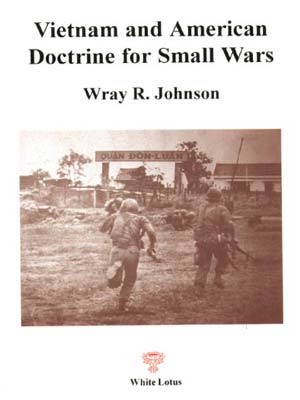 This work is the first comprehensive treatment of the evolution of U.S. military doctrine for countering guerillas and other irregular forces in small wars. Since its inception, the United States has been engaged in small wars, or low intensity conflict, and has contested irregular opponents in each. The end of World War II ushered in what has since become known as the “counterinsurgency era”, its genesis arguably the containment strategy of the Truman Doctrine of 1947, upon which policy-makers and military planners constructed rudimentary counterinsurgency doctrine for combating communist guerrillas in Greece. Yet Vietnam was the real test for counter-insurgency doctrine, and the war in Vietnam has remained the touchstone for American involvement in small wars ever since. With the end of the Vietnam War, small wars doctrine has risen or fallen according to the perceived threat to the national security interests of the United States, concurrent with the success or failure of scholars and military professionals in persuading the national security bureaucracy to make qualitative changes in doctrine and force structure. In that light, this study examines the roots of American military doctrine for small wars and its subsequent evolution from “counterinsurgency” in the 1960s to “stability and support operations” in the 1990s, and concludes with an analysis of the legacy of Vietnam and the implications for emergent military doctrine in the post-Cold War era.