Save for Later
SIMILAR BOOKS Show All
Royal Thai Police 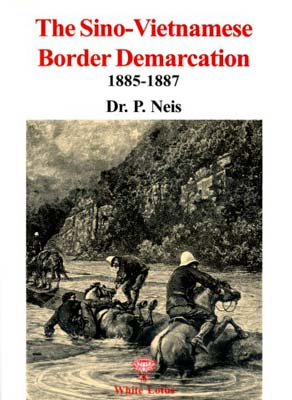 The book reports on the work of the French and Chinese delegation which together formed the Border Demarcation Commission set up after the Franco-Chinese war (by the Treaty of Tien-Tsin, 9 June 1885) to determine and mark the borders between China and Tonkin, France’s newest possession in the Far East. Besides reporting on the work of demarcation, Dr Neis reports briefly on the people and regions he passed through. He also provides a sketch of relations between local Chinese traders, lower-ranking mandarins on both sides of the border, and the Annamites and hill tribes of the border regions.