Save for Later
SIMILAR BOOKS Show All
Satow, Ernest

Thai Capital After The 1997 Crisis

Window of Thai History, A 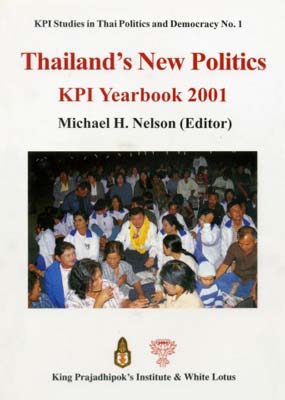 This first KPI Yearbook 2001 looks at aspects of what has been called “political reform”. Especially since the “People’s Constitution” was passed in October 1997, it was assumed that Thailand was on its way to a more consolidated democracy. The authors of this volume contribute to forming a more realistic understanding of the issues involved. James R. Klein analyzes the evolution of Thailand’s National Human Rights Commission between 1992 and 2001; Norbert Eschborn describes what the Konrad Adenauer Foundation contributes to Thai democracy; Philip S. Robertson, Jr. highlights the democratic role of Thai labor; Allen D. Hicken explains why Thailand has so many political parties; Marco Bünte introduces a model of democratic consolidation and applies it to the Thai situation; finally, Michael H. Nelson deals with the decentralization process and takes a close look at the election of 6 January 2001 and its aftermath. This first KPI Yearbook opens with Nobel Laureate in economics, Amartya Sen, presenting his thoughts on “The Market, Democracy, and Development”. It is rounded off by documents on “good governance” and by reviews of publications about Pridi Banomyong, business and politics in provincial Thailand, and Bloody May 1992.