Save for Later
SIMILAR BOOKS Show All
Fraser, John

Chinese Portrait of a People, The

USD 16.50
Ins. of the History of Natural Sciences Chinese Academy of Sciences

Study of Bronze Implements of Yin and Chou Dynasties, A 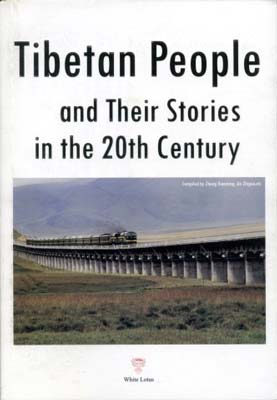 Is a brief version in 41 chapters from the Chinese point of view. It starts with the anti British war, the prelude to the 20th century. The British attacks in late 19th century in Tibet. It deals with the 13th Dalai Lama, the Simla Conference, the 9th, 10th, 11th Panchen Lama, founding of the Tibetan Autonomous Region. Several chapters deal with cultural and other projects, two events of ‘expelling the Han Chinese’, the entry of the Peoples Liberation Army into Tibet, construction of roads and the Qinhai-Tibet-Railway, the Olympic torch relay to Tibet and many other aspects not discussed in this way in the Western press.