Cries from the Hills 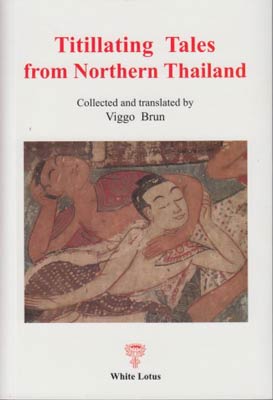 Titillating Tales from Northern Thailand is an unusual and fascinating collection of tales from Northern Thailand containing - besides myths, legends, trickster tales, fairy tales, anecdotes etc - also a number of tales where sex is a central theme. The author of this volume spent several years in a Northern Thai village in the 1970ties, and was lucky to become friend with masterful storytellers, who loved to make their audience laugh, thus they also included tales relating in various ways to sex, such as how a married man living in the house of his wife's parents, is attracted to his wife's younger sister, and how he can have intercourse with her; or that celibate Buddhist monks still may have strong sexual desires, and in what ways they can have these desires fulfulled. In fact, the stories demonstrate how supposedly respecful people do not always behave respectfully or that they are simply rather stupid and do not diserve respect, thus many of the victims of trickery are in fact persons of authority. The stories give an rare insight into several aspects of Northern Thai sociey as well as Northern Thai oral tradition and humour.