Travels in Cambodia and Part of Laos Vol. 1

Save for Later
SIMILAR BOOKS Show All
Marchal, S. L. A.

From Hope to Despair: Education, Development and The State in Cambodia Since UNTAC 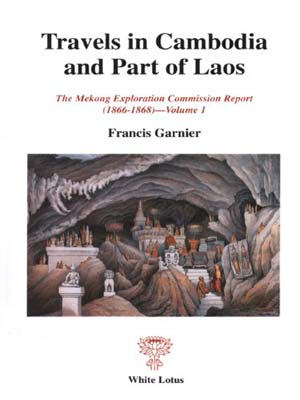 Travels in Cambodia and Part of Laos Vol. 1

Of the Mekong Exploration Commission Report (1866-1868)
This is the first part of The Mekong Exploration Commission Report (1866-1868), one of the most important expeditions sent to the Indo-China region to explore trade routes. The French expedition compiled a wealth of new information, drew maps, and produced a substantial number of engravings of Laos. It ended in Luang Prabang where the Commission stayed some months. While the original objective to ascertain that the Mekong River could be used as a trade route between Yunnan and the Delta was not achieved, the Commission’s political and socio-economic information was invaluable for France’s expansion in Indochina. A new map of Indochina as surveyed by the Commission is included in this book.