Travels on the Mekong: Cambodia, Laos and Yunnan

Save for Later
SIMILAR BOOKS Show All
Blanch, Lesley 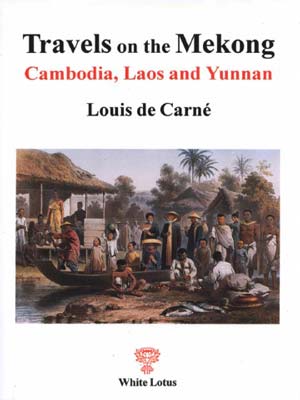 Travels on the Mekong: Cambodia, Laos and Yunnan

This is a report of the most famous expedition in Indochina, i.e., the exploration of the Mekong as a trade route and as a route to build political influence in Indochina. This French official mission toiled under duress for two years, losing its commander on the way, and accomplished, for the first time, a systematic description of the great river and its surrounding peoples and natural resources. Louis de Carné was the representative of the French Minister of Foreign Affairs and in charge of writing the trade and political report on the findings of the Commission. Illustrated with original sketches, many of which were made by L. Delaporte, another member of the mission, this book is essential reading for all those who seek to understand the background of today’s geo-political changes and the new attempts to tap the rich sources of the river, its tributary valleys, and its peoples.