Save for Later
SIMILAR BOOKS Show All
Blank, Jonah

Arrow of the Blue-Skinned God

Poetics of the Ramakian, The

Critical Study of the Ramayana Tradition of Assam, A

Ramakian at Wat Pho, the 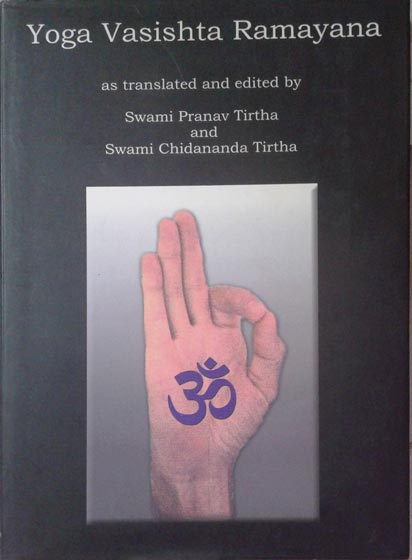 The Yoga Vasishta Ramayana (YVR) is an eleventh century (CE) treatise on Vedanta, originally in two versions, Brihat and Laghu, the Great with about 36,000 verses and the Small of approximately 6,000. As is common to the Indian tradition in such matters, it is in dialogue form, between the sage Vasishta and Rama. However, unlike the Gita, which albeit very inspiring and wonderfully enriching as it meanders in a more worldly and human context, or the Upanisads with their esoteric message, the YVR goes directly to the point of Vedantik teaching and repeatedly drives home what is required for manâ€™s salvationâ€”an end to mentation, for everything in any world is just ideation. Not a book for the worldly-minded, so immense it is in its disclosure. As fresh today as it was no doubt when Valmiki wrote it a thousand odd years ago, the message is simple and compelling. This is a free rendering of pertinent selected sections from the original Sanskrit text as translated and edited by Swamis Pranav Tirtha and Chidananda Tirtha (aka Christopher Freeland), as part of the latterâ€™s apprenticeship.