In the Name of the Boss Upstairs: The Father Ray Brennan Story 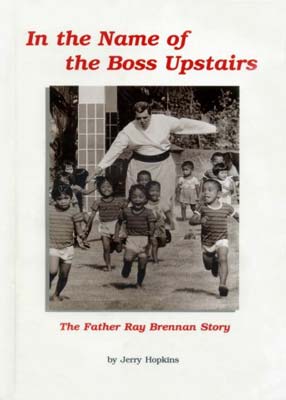 In the Name of the Boss Upstairs: The Father Ray Brennan Story

The Pattaya Orphanage made Father Ray Brennan a famous man who was praised by religious leaders and honored by Thailand’s royal family and governments around the world. Still, he never abandoned the gruff voice he claimed came from the tough Chicago South Side, nor surrendered his childlike love of practical jokes and ice cream. This biography was authorized by the priest’s family and the Father Ray Foundation, and all proceeds from its sale go to pay the cost of higher education for the children in the schools and homes he founded. However, it was agreed that no punches would be pulled in telling Father Ray’s story and an internationally recognized biographer was charged with the writing. Allegations of pedophilia, which surfaced near the end of the priest’s life, are fully examined. Father Ray emerges as a human being with a special mission from the Boss Upstairs.