Guide to Xieng Khouang, A 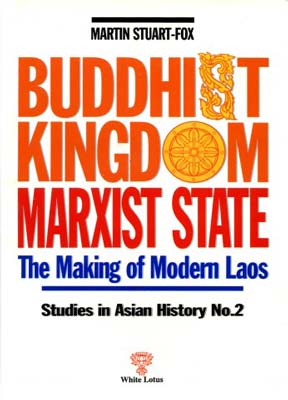 This book examines the history and politics of modern Laos from its establishment as a French colony in the late 19th century to the communist state it is today. While the first three chapters outline the struggle between France and Thailand for control over the territory of the present Lao state, the period of French administration, and the Kingdom of Laos from 1946 to 1975, the focus primarily is on the Lao People’s Democratic Republic during the first two decades of its existence. Themes taken up include the leadership of the Lao revolutionary movement, why the regime failed to carry through its policy of agricultural co-operativization, and its close relationship with Vietnam. Special attention is given to the transition from Buddhist kingdom to Marxist state, how the Lao communist hierarchy has attempted to legitimize its seizure and exercise of power, and how the Buddhist monastic order was reduced to a pliant instrument of the new regime. Also assessed are the errors and achievements of the Lao revolution, the politics of patronage in present-day Laos, and the effectiveness of Lao foreign policy. The last two chapters weigh up the role of the ruling Lao People’s Revolutionary Party and look to the future of Laos in the rapidly integrating region of mainland Southeast Asia.