Nakhon Sri Thammarat: The Archeology, History and Legends of A Southern Thai Town

Save for Later
SIMILAR BOOKS Show All
Marks, Tom

Ghosts of the Past in Southern Thailand 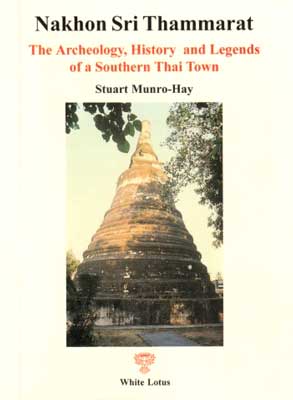 Nakhon Sri Thammarat: The Archeology, History and Legends of A Southern Thai Town

This monograph on Nakhon Sri Thammarat, previously known by its Malay name of Ligor, is one of the very few books about this neglected part of the country. The book chronicles inscriptions dating back to the arrival of the Europeans in the thirteenth century. The author collates valuable data, including most recent research, from the period of the Mon Kingdom of Dvaravati, relations with the Khmer Empire, the Kingdoms of Sukhothai, Ayutthaya, and also Bangkok. The city and its environs, inscriptions, temples, chedis, and shrines, and the great reliquary of Wat Phra Mahathat Woromaha Vihan are described, as are other ancient sites, religious images, and antiquities in the province. Details on the tin trade in southern Thailand, the coinage of the town, and Dutch traders’ correspondence from the seventeenth century are also included.