John Thomson: The Early Years-In Search of the Orient

Save for Later
SIMILAR BOOKS Show All
Grosliar, George

Around Southeast Asia in 1897

First They Killed My Father: A Daughter of Cambodia Remembers 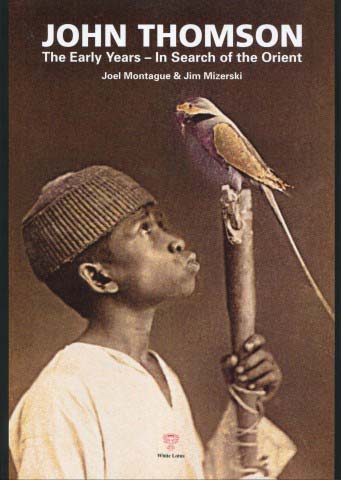 John Thomson: The Early Years-In Search of the Orient

John Thomson: The Early Years - In Search of the Orient Presents the early work of one of the greatest figures of nineteenth century photojournalism, the very first man to photograph the exotic and overpowering ruins of Angkor Wat in Cambodia. Born in Edinburgh in 1837, Thomson started his photography career in Singapore, Penang and the Malay Peninsula before photographing royalty and exploring architecture in Siam, Cambodia and Vietnam. While Thomson is best known for the photographs of China and London taken in his later years, the foundations of his success were the less well known images that he took in Southeast Asia and Hong Kong. Thomson biographer Stephen White has noted that Thomson 's photographs are "Valued for their intrinsic qualities - the beauty of their imagery, their vivid sense of immediacy and their unconventional approach to composition." This book not only shows (in some cases for the first time) Thomson's earliest work, but republishes in its entirety his first book, The Antiquities of Cambodia, which revealed the ruins of Angkor Wat and the Bayon as they were almost one hundred and fifty years ago. That rare but seminal 1867 volume has never been republished until now.