Save for Later
SIMILAR BOOKS Show All
Cornish, Andrew

Beyond the Beach: An Ethnography of Modern ravellers in Asia

Politics, Economy, Identity or Religious Striving for the Malay Patani 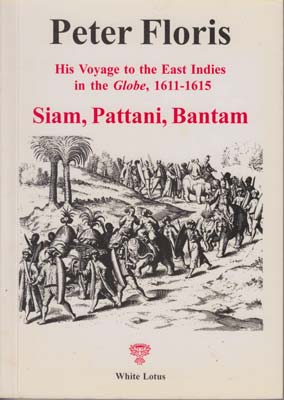 The Contemporary Translation of His Journal

This reprint provides an account of a trading mission on behalf of the British East India Company, the Globe being the first English vessel to take part in trade with the Bay of Bengal, and to sail through the Straits of Malacca and of Singapore. The events described predate the later, well-known accounts of the French travelers Tachard and de La Loubère and differ in observations made. Trade being the sole objective, events and local conditions are described in terms of the market, and in parts in a modern way. For example, both the English and Dutch had local factories producing cotton cloths because markets to be visited demanded cloth with meticulous reproductions of cheap stereotyped designs. Skins and hides were purchased in Siam, the competition having taken the Japanese market for other goods. The port of Siam was then the entrepôt for goods brought by Chinese junks. The impact of the arrival of Dutch traders on the Portuguese interests, events in Siam itself, and local wars, including those with Burma, provide a fascinating backdrop to the risks and successes of trade, as described by the author. The Globe returned home after four and a half years with an added cargo of pepper and achieved a successful three for one profit, as is explained in the very informative introduction to the book.