Save for Later
SIMILAR BOOKS Show All
Smith, Holly S. 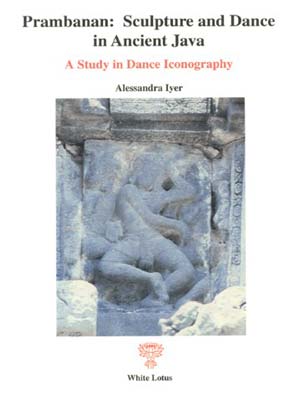 A study of the dance reliefs of the ninth century AD temple of Siwa at the Prambanan complex in central Java. Previous attempts at identification of these ancient reliefs were hampered by inadequate movement analysis of the dance portrayed but in this book, for the first time, a complete identification is presented, through a re-interpretation of archaeological data. Using both movement analysis and comparison with an authoritative reconstruction model, the author rigorously examines each of the 62 reliefs and identifies them as representations of the karana (dance movement units) of the Sanskrit text from India on dance and drama, the Natyasastra. These reliefs almost certainly depict lord Siwa. They point to the presence throughout Asia of the karana dance tradition wherever Saivism flourished and as they predate any equivalent series found in India, they suggest that the idea of karana sculptural series originated outside India and only subsequently reached the sub-continent. This book has now also historical value after the 2006 earthquake damaged the temple.