Save for Later
SIMILAR BOOKS Show All
Ramaer, R.

Railways of Thailand, the

To the Kwai and Back 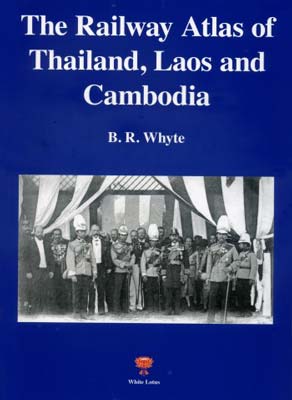 The atlas presents detailed maps of three Southeast Asian countries, depicting every known railway, tramway and mass-transit line, public or private, past and present. The bilingual maps locate and name every station in both local and Romanized scripts. In addition, the extensive text describes the railway history of each country, and for each line gives a detailed commentary on its conception and construction, notable features such as bridges, tunnels and spurs, as well as a chronology, station listing, and reference list. Appendices explain the Rattanakosin and Buddhist-era dating systems, place name changes, and local units of measurement, provide bilingual historical lists of railway authority officials, and give a glossary of local-language geographical and railway terminology. The result of two years of fieldwork and archival research on three continents, the atlas will prove invaluable for railway enthusiasts and researchers seeking information on the rail systems of three countries whose unique alphabets make accessing information difficult for foreigners. The bilingual maps will assist travelers to plan and enjoy their rail journeys in Southeast Asia, while the fascinating stories of the Khone Island railway in Laos, the two Japanese-built “Death Railways” to Burma, or King Rama VI's personal tramway to his seaside palace, will provide informative and entertaining reading even for those who are unable to ride the rails in person.