Origins of the Cultural Revolution, The

Magnificent Manchus, Court Art of the Ch'ing Dynasty, The 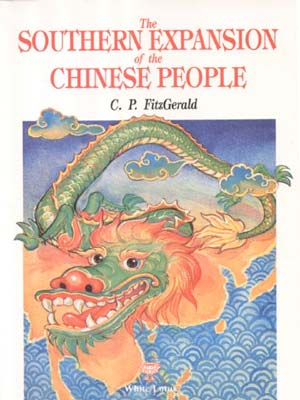 Since the beginning of reliable historical evidence, Chinese influence, culture, and power have always moved southward. In the first part of this book, FitzGerald details how Vietnam, Laos, Cambodia, Thailand, and Burma had all, to varying degrees, come under the influence of and acknowledged the power of China. Malaya, Java, Sumatra, and Borneo, which never actually owed allegiance to China, nonetheless also experienced China’s influence and power. China’s political influence in Southeast Asia declined when southward territorial expansion ended with the rise of the Manchu Dynasty in 1664. Later, a massive migration of individual Chinese resulted in the large minorities of Chinese that can still be found in many Southeast Asian countries today. In the second part of his book, the author examines the cultural, economic, and political effects of this migration on the countries concerned and their implications for the future. Many of FitzGerald’s comments are prescient and pertinent today, and the book presents vital historical facts which need to be taken into account in any assessment of the probable future of the area. The secret Chinese expansion into Burma and the Andaman Sea confirms the projection the author made 30 years ago.