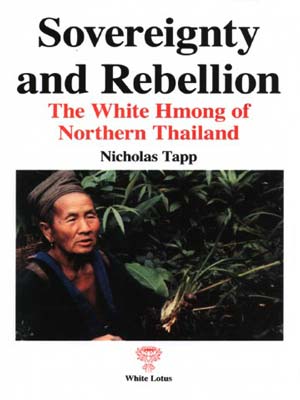 The White Hmong of Northern Thailand

This study explores how the Hmong have managed to maintain a strong sense of ethnic integrity despite centuries of oppression by more powerful majority populations. The Hmong people have emigrated from China to Southeast Asia, and from there, since the ending of the Vietnam wars, to France, America, and other Western countries. The author examines the current dilemmas of the Hmong in an opium‑growing village in Northern Thailand: whether to continue cultivating opium or not, whether to support the Thai state or engage in armed insurrection, whether to continue with their traditional shamanic curing rituals or adopt new faiths such as Christianity or Buddhism. He shows how these dilemmas are expressed by a wider contradiction between “being Hmong” or “being Chinese”; the second part of the book then moves back through the long history of the Hmong in China, showing how their many messianic rebellions against centralized authority were motivated by a desire for literacy and the possession of a form of writing for their own language. Legends about the geomantic system which the Hmong share with the Chinese for the siting of ancestors’ graves differentiate Hmong from Chinese ethnicity. In the final part of the book, the current situation of Hmong refugees in the West is examined.